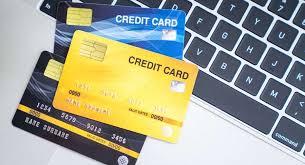 Depending on which side you are standing on you would be inclined to lean towards one or another, whether you are happily shopping along Fifth Avenue or you are merely carding along any of the streets of the dumpsmarket city.

Surprisingly for the record of banking fraud traditions and painstakingly distressing statistics, some, if not the majority, of the happy buyers on the grand and exclusive main streets of the crowded city are still unaware of the danger of swiping your cards through unauthorized point of sale terminal infected by a malevolent software ready to snatch their precious series of number that would open the gate sto another less glamour affected place, shodumpedeu.

Many paper and screen sheets were tainted with warning and precautionary measures for the inattentive daydreaming glamourous shoppers of the high avenue, but all in vain, the same as their futility. Thanks to this carelessness or inattentiveness, which in the end renders the same outcome, carders can make it to the dumps of their own.

One might think that it should be a dim and even scary place, but contrary to the jillion expectations it can still surprise you with a gleam of their own. If not a believer, can try it out for themselves, namely at the goodshop24, where the underground city of banking data never sleeps, and may not do so still for a long while.

Depends on what you are looking for

Dump or ditch, what is the difference

Swipe o tap, what is your choice?

To be or not to be a carder